How Heroin Affects the Brain

How does Heroin Affect the Brain?

Using heroin can impact various parts of the body, but some of the most damaging effects of heroin occur in the brain.

When you inject, sniff, snort, or smoke heroin, the drug enters your body and binds to opioid receptors in the brain’s cortex, limbic system, and stem, which work together to form your brain’s reward system. This means that heroin use can affect the way you think and process information, how you react emotionally to the world around you, and even how you breathe, sleep, and eat. Even the smallest amount of heroin can hijack these areas of the brain, which can have severe and long-lasting effects.

Heroin is an opioid drug made from morphine, a natural substance that comes from the poppy plant. Even though heroin comes from a natural plant, the substance is illegal and highly addictive. Different processes of making the drug can result in different colored heroin. Most often, the substance is a white or brown powder, but “black tar heroin” can be black and sticky like tar or hard like coal.

The Drug Enforcement Agency lists heroin as a Schedule I drug, which means the substance has no accepted medical use but a high potential for abuse. Regardless, heroin is often used because the opioid has the ability to temporarily relieve pain. Unfortunately, the same process that allows heroin to relieve pain is the same process that triggers the drug’s harsh effects on the brain.

Signs and Symptoms of Heroin Use

People who are addicted to heroin often display certain telltale signs which can include:

If you suspect someone you know is abusing heroin, it’s important to get them help as soon as possible.

What Heroin Does to Your Brain

When heroin enters the brain, it binds to opioid receptors and activates them. This activation causes the release of neurotransmitters, including dopamine and serotonin. Dopamine is associated with pleasure and reward, while serotonin is associated with feelings of contentment and satisfaction. The combination of these neurotransmitters produces a powerful sense of euphoria. Unfortunately, this is where problems in the brain begin. The more the brain encounters synthetic opioids, the less likely it is to produce natural opioids, making it more difficult for the brain to function drug-free.

Stop The Brain from Producing Its Own Opioids

Long-term use of heroin can severely impair the brain. Using heroin for a long period of time allows harmful proteins to build up in the brain. Chronic heroin use can also inflame the brain and cause structural changes similar to those associated with Alzheimer’s disease. When this happens, you might experience dementia-like symptoms such as mental decline, confusion, personality changes, lack of restraint, depression, nervousness, paranoia, and memory loss.

Create Long-Term Imbalances in The Brain

Long-term use of heroin can change the physical structure of your brain, which throws neurological and hormonal systems out of balance. Reduced sex hormones as a result of heroin use can cause depression, chronic fatigue, osteoporosis, and loss of muscle mass. Hypogonadism, or a failure of the gonads and testes in men and ovaries in women, is another side effect of chronic opioid abuse. Neurological imbalance can cause genetic disorders, infections, strokes, seizures, dementia, and Parkinson’s disease. Even though you can reverse some hormonal and neurological imbalances, others are irreversible or may be difficult to treat even after you stop using heroin.

The brain contains mu-opioid receptors (MORS) which regulate pain, feelings, and hormones. When heroin activates these opioid receptors, they send dopamine to the body, which triggers a temporary sense of well-being. Unfortunately, high dopamine levels can also trigger several dangerous side effects, including slowed breathing and impaired motor function. Additionally, because heroin binds so strongly to opioid receptors, it can easily cause an overdose. When taken in high doses, heroin can cause the respiratory system to shut down, leading to death.

Damage White Matter in the Brain

Chronic use of heroin can lead to decreased white matter in the brain. White matter helps protect nerve fibers in the brain and helps signals travel quickly between different parts of the brain. Heroin addiction can damage the white matter in the brain. This can make it hard for the user to make decisions, control themselves, and cope with difficult situations. Additionally, heroin use can cause changes in the way the brain processes information, which can affect a person’s ability to think clearly and make sound decisions. As a result, heroin addiction can have a profoundly negative impact on an individual’s life.

Decrease Oxygen Supply to the Brain

When heroin enters the bloodstream, it binds to opioid receptors in the brain. This action blocks off oxygen-rich blood vessels, which reduces the amount of oxygen that reaches the brain. In turn, this can lead to a condition known as hypoxia, which can cause brain damage and even death. Oxygen deprivation can lead to serious health problems, including coma and death. In addition, heroin use can disrupt the normal functioning of the respiratory system, which can also cause oxygen deprivation.

Change the Structure of the Brain

Research shows that heroin can change the brain’s physical structure, particularly in the areas responsible for regulating emotion and impulses. One change that occurs is a decrease in dopamine receptors, which can lead to depression, paranoia, and psychosis. These changes can be long-lasting and may contribute to some people’s difficulties when trying to quit heroin.

The vascular structure of the brain includes a series of arteries and veins that supply blood to different parts of the brain. Heroin can harden veins over time. This is called venous sclerosis. Even though the condition most commonly affects the veins in the legs, it can also occur in other parts of the body. Venous sclerosis is a progressive condition, which means that it worsens over time. Early symptoms include mild pain and discomfort, but as the condition progresses, symptoms may become more severe. In advanced cases, venous sclerosis can lead to ulcers, infection, and disability. There is no cure for venous sclerosis, but treatment can help to manage symptoms and slow the progression of the condition. When veins are hardened, it can also affect the blood vessels in the brain.

How We Restore the Brain’s Optimum Level of Health

Heroin can damage the brain in many ways and here at StoneRidge Centers, we treat addiction by working to restore the brain to its optimum state of health. Our heroin addiction treatment programs combine the best of brain science with expert clinical support.

We work alongside our patients as they learn evidence-based therapy techniques to overcome addiction challenges, adopt a nutritious diet, and begin an appropriate exercise regimen. Long-term sobriety is possible.

Heroin doesn’t have to control your life. Contact us today at 928-583-7799 if you or a loved one are dealing with addiction challenges and are seeking to rehabilitate your life and restore your brain’s health.

Contact StoneRidge Centers today to find out how we can help you or a loved one heal the damage caused by heroin addiction and start the journey to long term recovery. 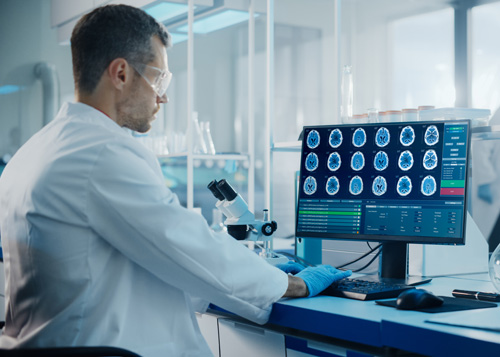